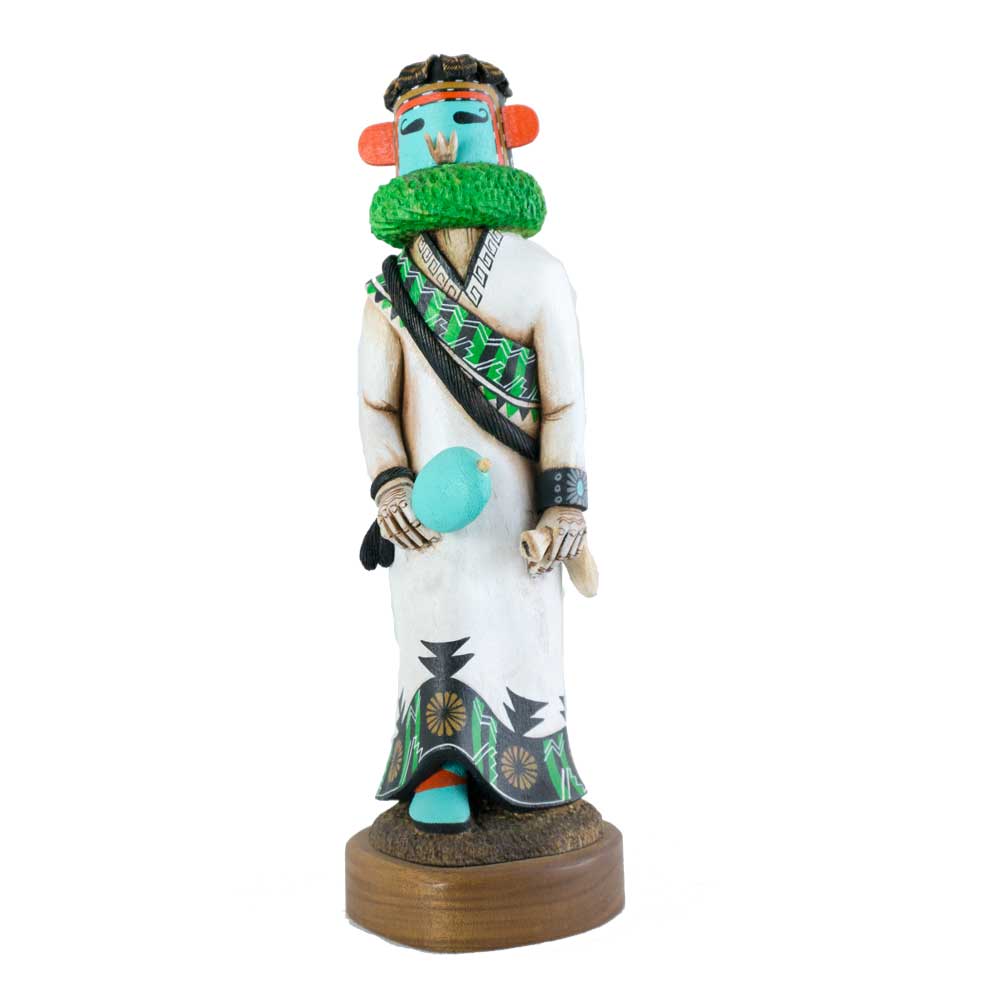 Wilmer Kaye Hopi Pueblo, Badger/Butterfly Clan, started carving as a youngster of 13 years old. He watched his uncle, Willard Loloma, and friends of Willard’s while they carved. Following high school, he continued carving while also working in construction. Wilmer now gets up with the Sun and sometimes spends the entire day carving a single doll. He believes each doll has a soul and a spirit and is meant to please those who own and admires it.

Wilmer uses only a pocket knife for his carvings and uses paints and stains to finish them. He rubs linseed oil into the wood to bring out the grain and to preserve the carving. He specializes in carving dolls from a single piece of wood. His preference is carving sculptural dolls rather than fully detailed ones. He believes they are more beautiful as sculptures than animated figures.

Wilmer is part of a family of many talented relatives who are internationally famous artists. His uncle, Charles Loloma, is recognized as the patriarch of Hopi “Modern Art” jewelry. His sister, Verma Nequatewa, follows in this tradition. Wilmer is also a top-award-winning artist who has contributed to the advancement of Katsina doll carving into fine art wooden sculptures.