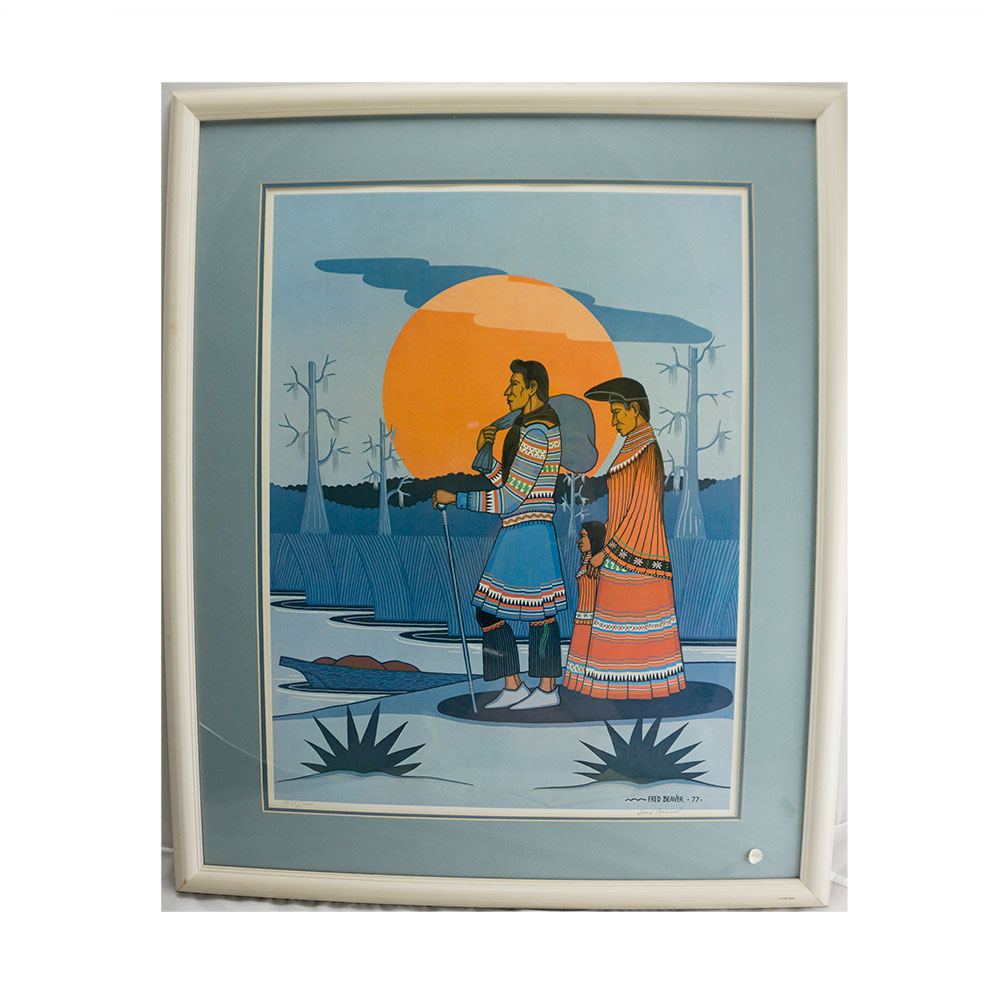 To The Trading Post signed Lithograph Print by Fred Beaver

“I wanted to change the non-Indian’s image of my people, and I wanted to help my own people understand themselves, especially the young”- Fred Beaver
Extended Description
Date of Birth:
July 2, 1911
Place of Birth:
Eufaula, OK.
Date of Death:
August 18,1980