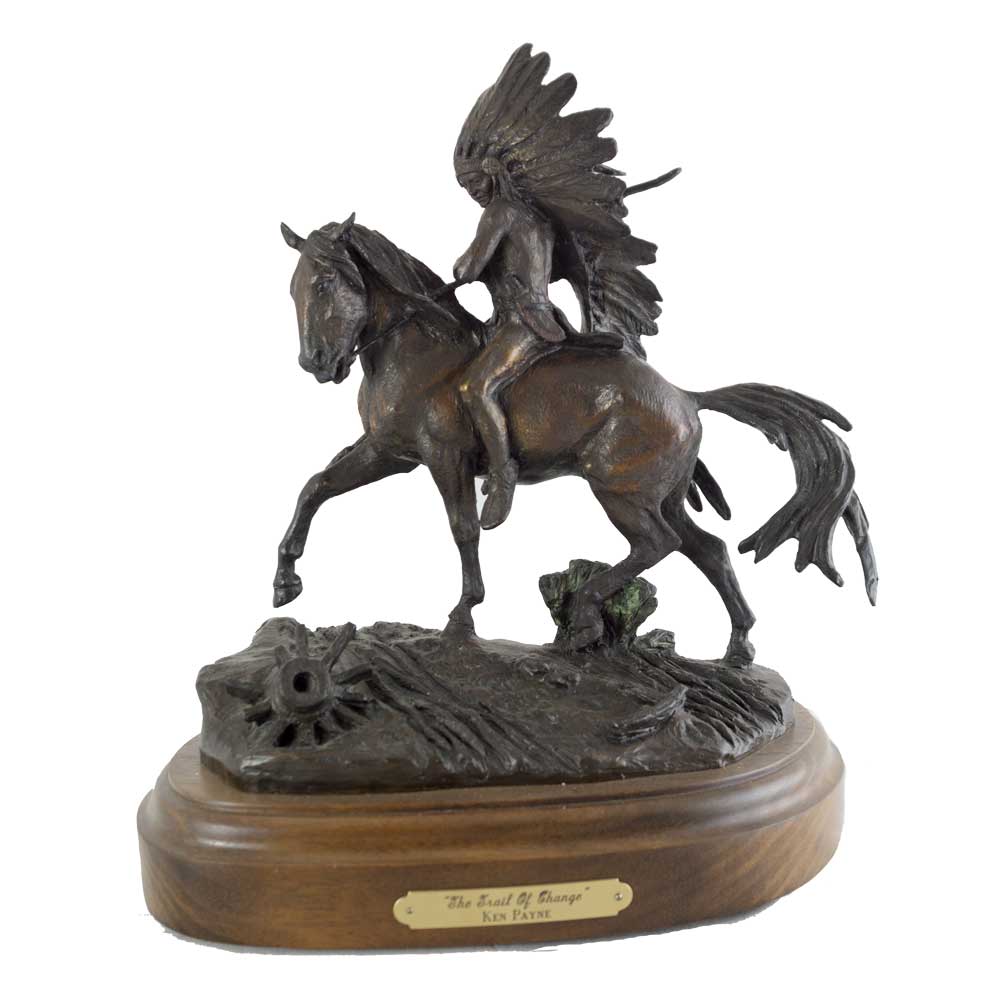 The Trail of Change by Ken Payne

Ken Payne, born to the ranching heritage of the Southwest, brings the exciting memories of the Old West to life in his heroic bronze sculpture depicting the action, the danger, even the humor of many a frontier situation.

Ken is a fan of the great sculptors of the past, especially the Greek and Roman masters.  He strives for the same design qualities within his western themes.

The bronze sculpture of Ken Payne is shown and collected internationally, and is prized by noted art connoisseurs as well as first-time collectors.  His work is followed by thousands more through the nationally televised program, “Sculping with Ken Payne”.

Ken’s studio is located in Ruidoso, New Mexico.  He is usually found working in public where he enjoys meeting visitors and telling stories of the Old West.  Ken is dedicated to authentically and permanently recording for us and generations to come, a dynamic era we can hold in our hands – and our hearts.

Ken will usually begin sculpting with a story he wants to tell or a title that captures his imagination.  His stories have been included with each bronze and help bring ‘The Old West’ of life.