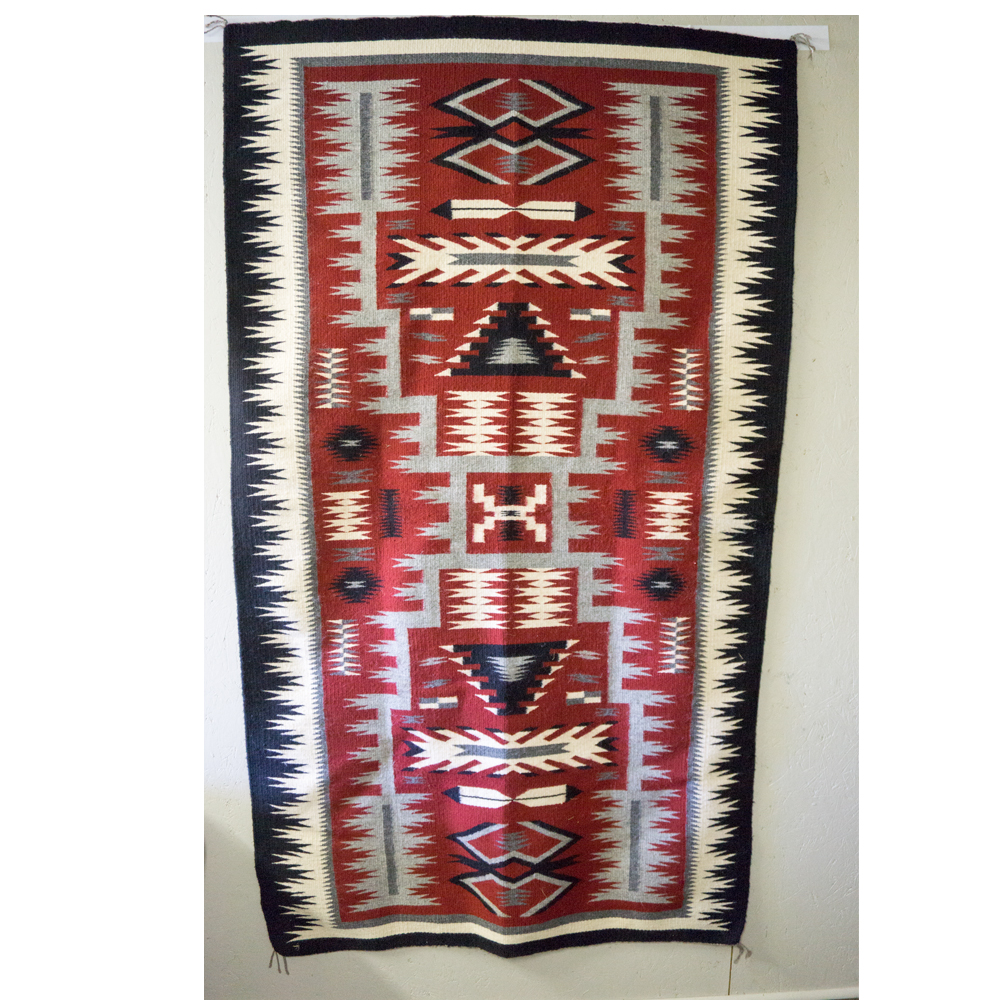 Whatever their murky beginnings, Navajo storm rugs have since become one of the most popular Navajo rug designs and invite many interpretations as to their meaning.

Explaining the Navajo storm design presents a bit of a dilemma.  The pattern is created by weaving artists from all corners of the Navajo reservation and beyond, yet pinpointing its origin and meaning is a different story, or I will say, several stories.

Although storm pattern rugs later became associated with Tuba Trading Post on the western side of the Navajo reservation, many feel it first made its appearance and was first popularized by J.B. Moore, a short-lived but  influential trader at the Crystal Trading Post in the nineteen-teens.  In his first catalogue published in 1911, he featured two weavings with the quincunx (I love this word…it was one of Kira’s spelling bee words last year) layout and attributed the pattern to one family designated specifically to weave what became known as the storm design.

Our culture loves asking the question, “…but, what does it mean?”  The first story comes from Cameron Trading Post:  Jean Mann, a weaver from the area explained that the center of the rug, in the square part, was the weaver’s home or the weaver’s hooghan. Lightning connects the weaver to the four sacred mountains that form the border of Dinetah. These mountains are the squares in each corner of the rug. The rain is the warp of the rug. Centipedes flank the hooghan on each side. In early versions of storm weavings, above and below there were whirling logs close to the hooghan. This symbol, similar to and because of, the Nazi swastika was later changed to look like another centipede.  Outward from this element is the 6-legged water bug. The whole rug symbolizes a storm and also portrays the storm as a sacred occurrence.