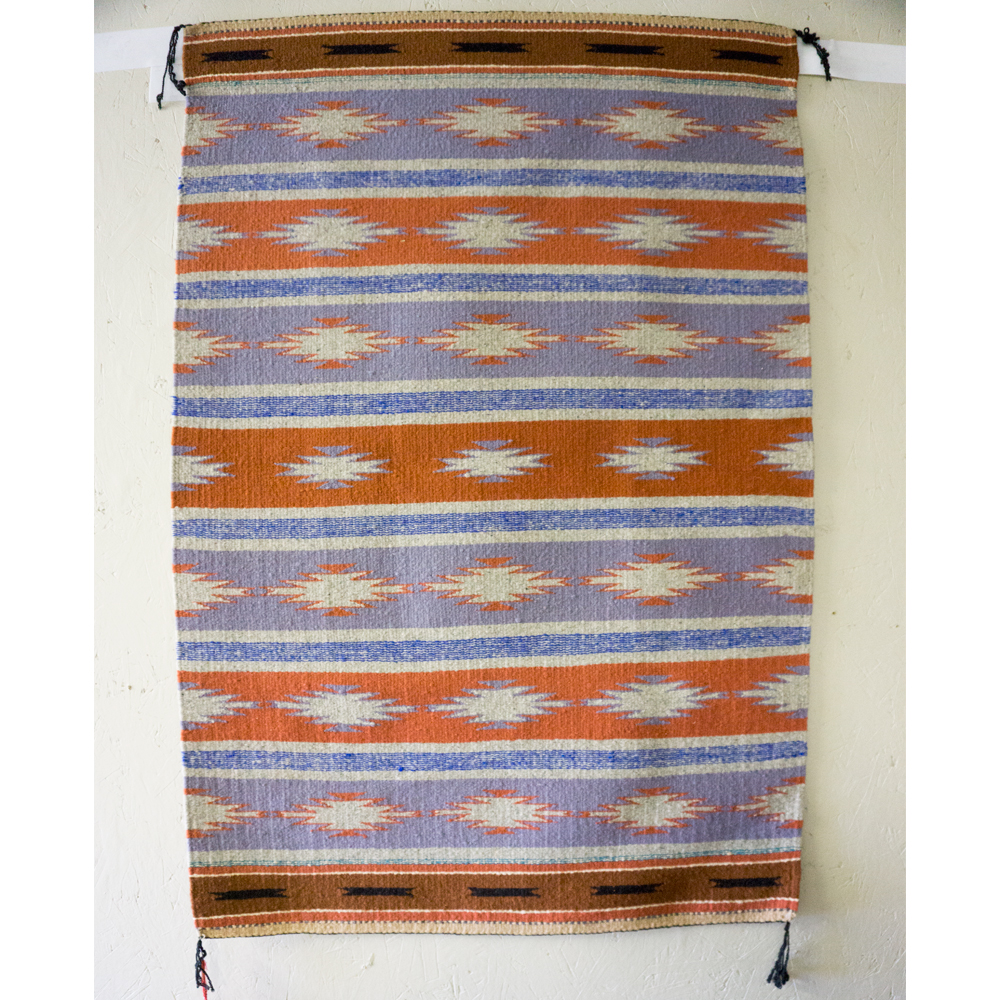 Beginning in the 1920s, weavers and traders developed several new regional styles based on a revival of Transitional Period banded patterns and the predominant use of vegetal dyes. The impetus behind this trend came primarily from Anglo collectors, traders, and government agencies that had a sincere desire to upgrade the quality of Navajo weaving and return to traditional, pre-rug patterns. The resulting rugs were not literal copies of older pieces, but were creative variations on banded designs using a wide palette of newly developed natural dye colors, as well as new, subtly colored chemical dyes. Mary Cabot Wheelwright, founder of the Wheelwright Museum in Santa Fe, probably started the vegetal revival by providing weavers around Chinle, Arizona with the new dyes and sketches of old weavings. Chinle Revival rugs typically feature bands of repeating geometric motifs alternated with plain or striped bands of contrasting colors. Common colors for Chinle rugs include yellow, gold, brown, tan, terra cotta, soft pink and other earth tones, as well as natural wool colors ranging from white to black. Weavers in the area south of Chinle, around Nazlini, developed a variation on the Chinle type which often used stylized plant motifs in place of the repeating geometrics.