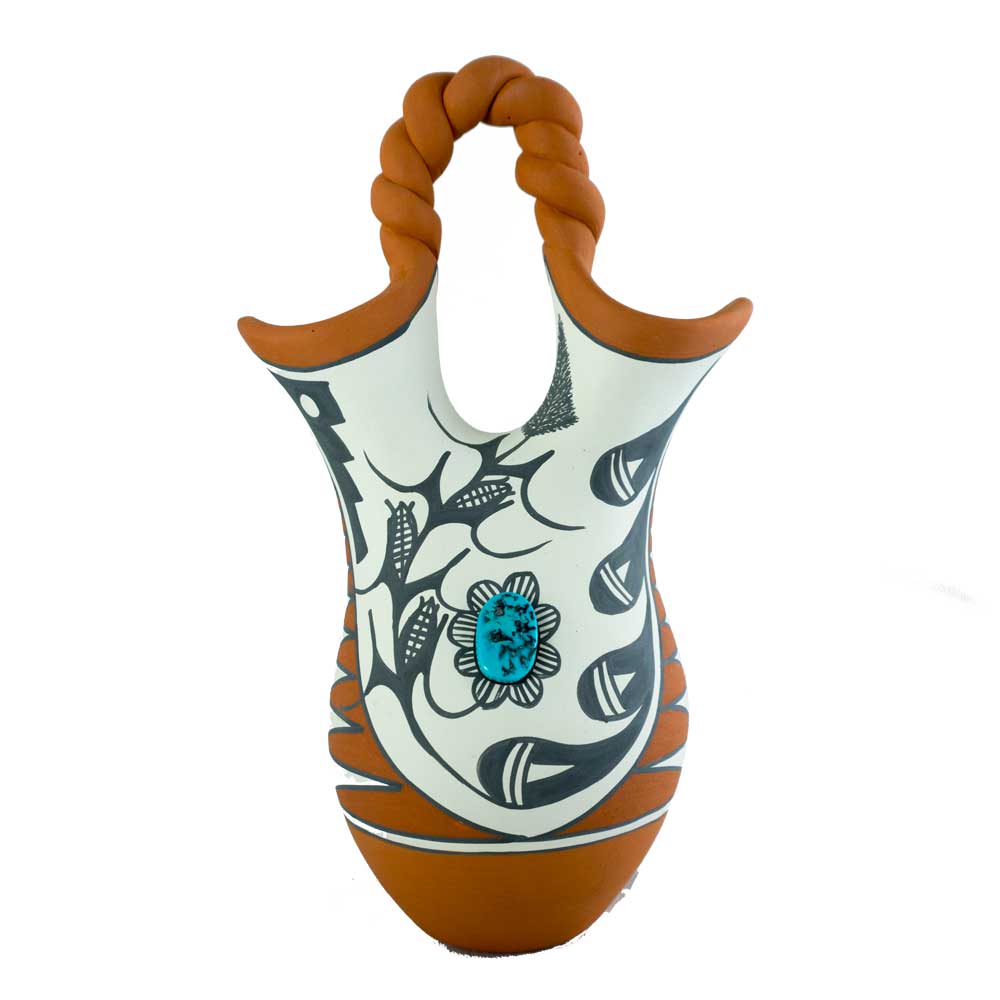 Jemez Pueblo has been known for most of the 20th century as having produced mostly tourist quality pottery using poster paints and bright acrylic paints, but Mary Small has elevated the process by creating pottery of great beauty and quality.

Pueblo potters have much respect for the materials with which they work.  They consider the process of gathering clay and making pottery as a spiritual act and they offer their thanks to Mother Earth for giving them the materials and to other spiritual beings for giving them the talent to make an item.  Once a vessel is completed and fired successfully, they strongly believe that it has a life.  If the vessel cracks in firing, then it was meant to be.  One never assumes a successful firing and a potter does not set a price on an item before it is completed because that could result in a bad outcome. Mary Small has been quoted as saying: “When my pottery is finished, they are blessed.  They have power.”  I’m sure she meant spiritual power but they also have visual power.

Mary Small is a very talented potter and she has created her own unique look to traditional pottery.  She uses a unique gray slip incorporated in her polychrome creations.  Her pottery is easily recognizable on sight as no other potter has used the