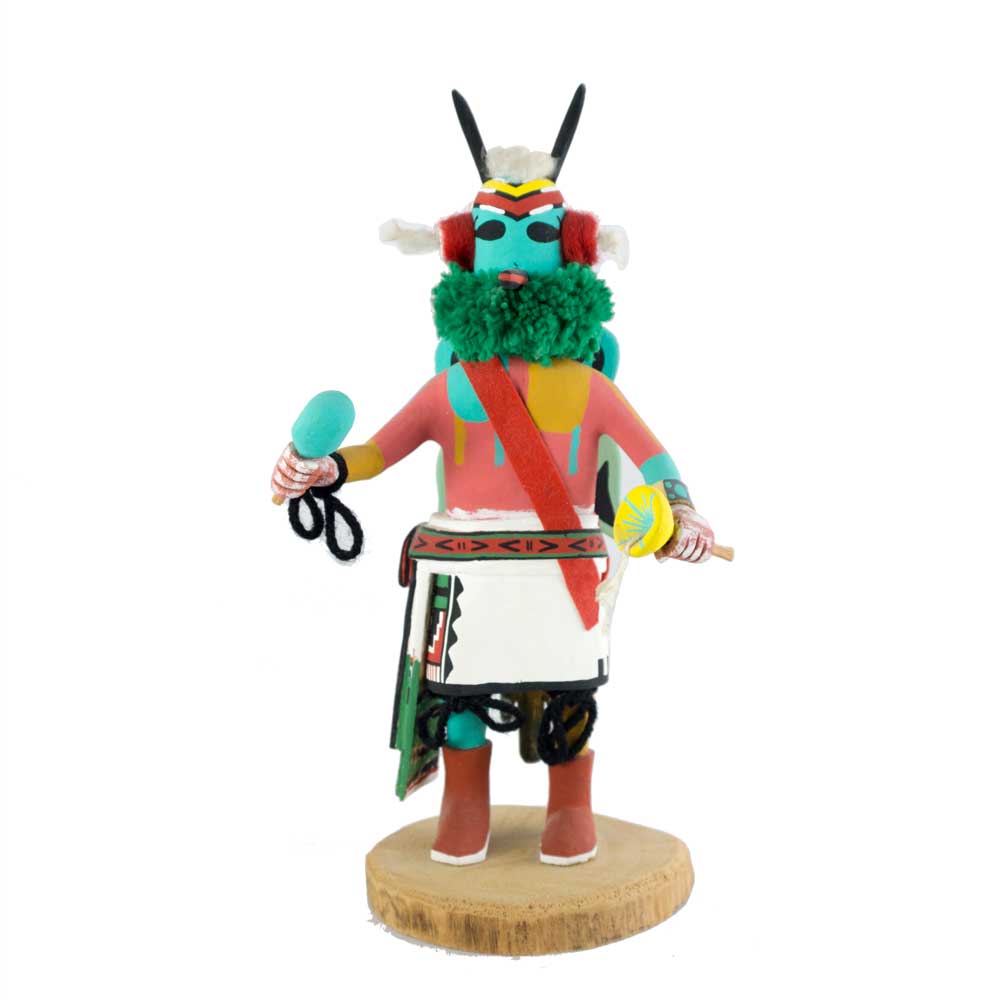 As in the case of the Momo, Poli Taka is associated with rain and good harvest. Poli Taka Kachinas are often a part of thanksgiving ceremonies after the harvest. In these dances, men dressed like Kachinas, will hand out Kachina dolls to spectators in honor of the butterfly spirit.
Hopi culture highly values the role of butterflies in the pollination and success of crops.Poli Taka is therefore the symbol of bounty and is credited with providing the natural elements, such as pollination and favorable weather,  that humans cannot create on their own.