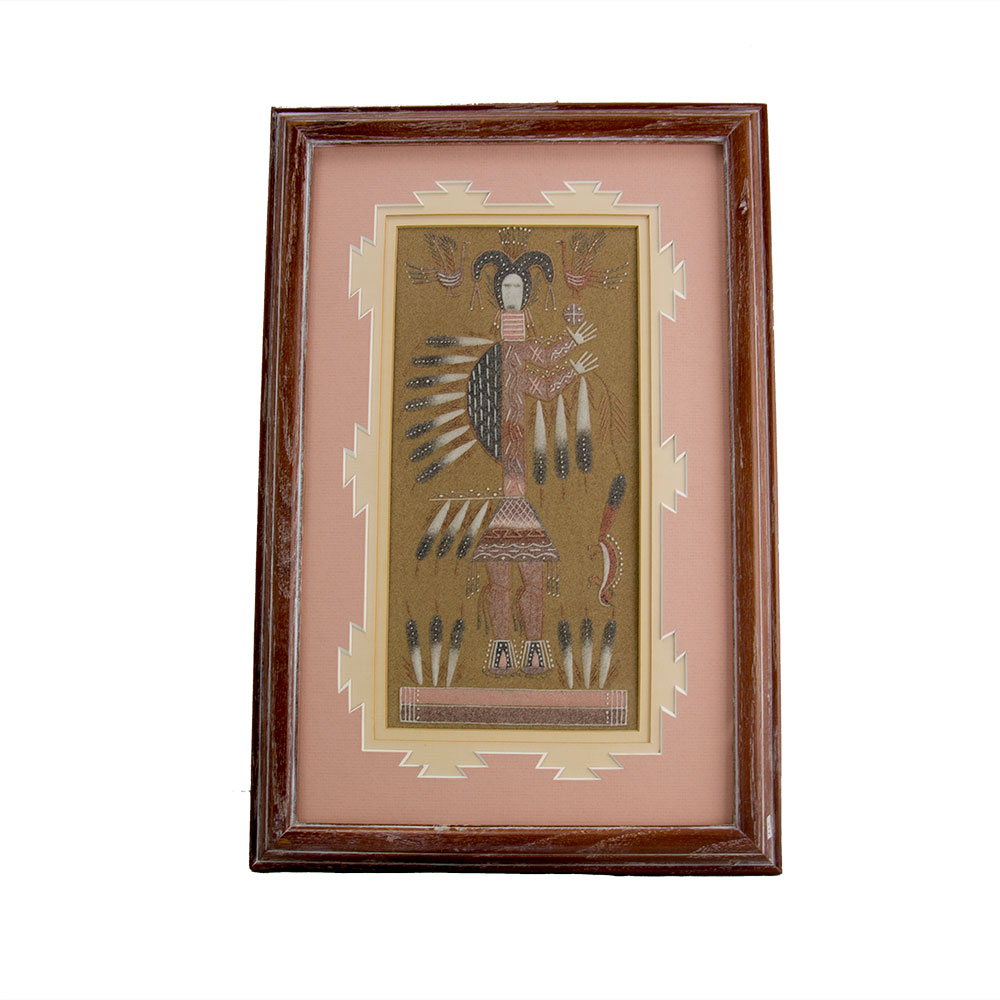 The Navajo are a deeply spiritual people. Thus, many acts of their lives contain a sacred dimension and these acts must be performed in a specific way to maintain the balance and the harmony between the self and the other elements of a complex universe. The universe includes animals, plants, weather, natural earth formations, and celestial objects besides people. The universe includes other beings and divinities, generally known as the Holy People.

The Holy People came to the surface of the earth from its various depths and they reshaped the surface to make it suitable for living beings. Later, the Navajo were created in the image of the Holy People, and were taught a code of behavior and survival skills to allow them to live in harmony with the rest of the universe.

The Navajo learned that harmony brings about health, beauty and other blessings. The disruption of harmony causes a large range of illness: mental, physical, emotional and spiritual. In order to reverse disruption and reestablish harmony, there is an elaborate system of ceremonies closely supervised by trained medicine men.

The Nightway ceremony is a major curative ceremony which restores harmony. It invokes the Yeis, a special category of Holy People who are inclined to help the Navajo. A nine day ceremony, it is performed during the cold months when there is no chance of being hit by lightning and when the snakes are hibernating.

During ceremony, a team will be composed of fourteen dancers: the leader Yeibichai – the Talking God, six male dancers, six women dancers, and finally, the
Water Sprinkler – the God of Precipitated Waters. On the final night, teams of dancers appear in public in what is referred to as the Yeibichai Dance until just before dawn. The ceremony ends with the chanting of the “Bluebird Song” which celebrates the happiness and the peace that the bluebird symbolizes.

The Yeibichai weavings are highly individual, therefore, elements of the following may be found in the individual textiles.

The leader of the dance, Yeibichai or the Talking God, wears a white mask with a fan of twelve eagle feathers attached at the top of the mask. Around the neck of the dancer will be a ruff of spruce. A white deerskin sash will be draped across his body and knotted on the left shoulder. An Abert squirrel pelt would be held in his right hand.

The Male Yeis wear masks which are blue in the front and white in the back with two eagle feathers attached at the top. A gourd is fitted into the front of the mask so that the dancer can breathe. Each dancer wears a ruff of spruce around his neck, and a colorful, short kilt with a concha belt and a kit-fox pelt hanging down his back. Each dancer has moccasins decorated with large silver buttons and red wool garters which hold up blue leggings. The rest of the body, arms and legs are covered in white clay. Gourd rattles are held in the right hands of the
dancers while branches of spruce or feathers are held in the left hands.

The Female Yeis wear square blue masks that cover only the front of their faces. The masks allow their hair to flow free, therefore, the women dancers do not wear a spruce ruff like the men. They do carry spruce or feathers but no gourd rattles. If a Female Yei is impersonated by a woman, the clothing is a traditional dress with a red sash and white deerskin leggings. If a Female Yei is impersonated by a man, the clothing is the same as that of the Male Yei.

The Navajo ‘God of Precipitated Waters,’ is the Water Sprinkler, the clown, the comic relief as he performs the movements of the dance. Like the Male Yeis, the Water Sprinkler wears the same blue and white mask with two eagle feathers. In addition to the spruce ruff, The Water Sprinkler wears juniper bracelets on his arms and wrists, and juniper garlands across his torso. He carries a kit-fox pelt in his right hand and twirls it around as he mimics the Talking God. Sometimes, he wears a long-sleeved shirt and long pants rather than the kilt and body paint.

As individual and artistic as their creators, weavings may have elements of clouds, arrows, eagle feathers, and stars as well as other divinities and ceremonies. Because of the sacredness of the ceremony, some elements must always be deleted, thus preserving the power of the ceremony.