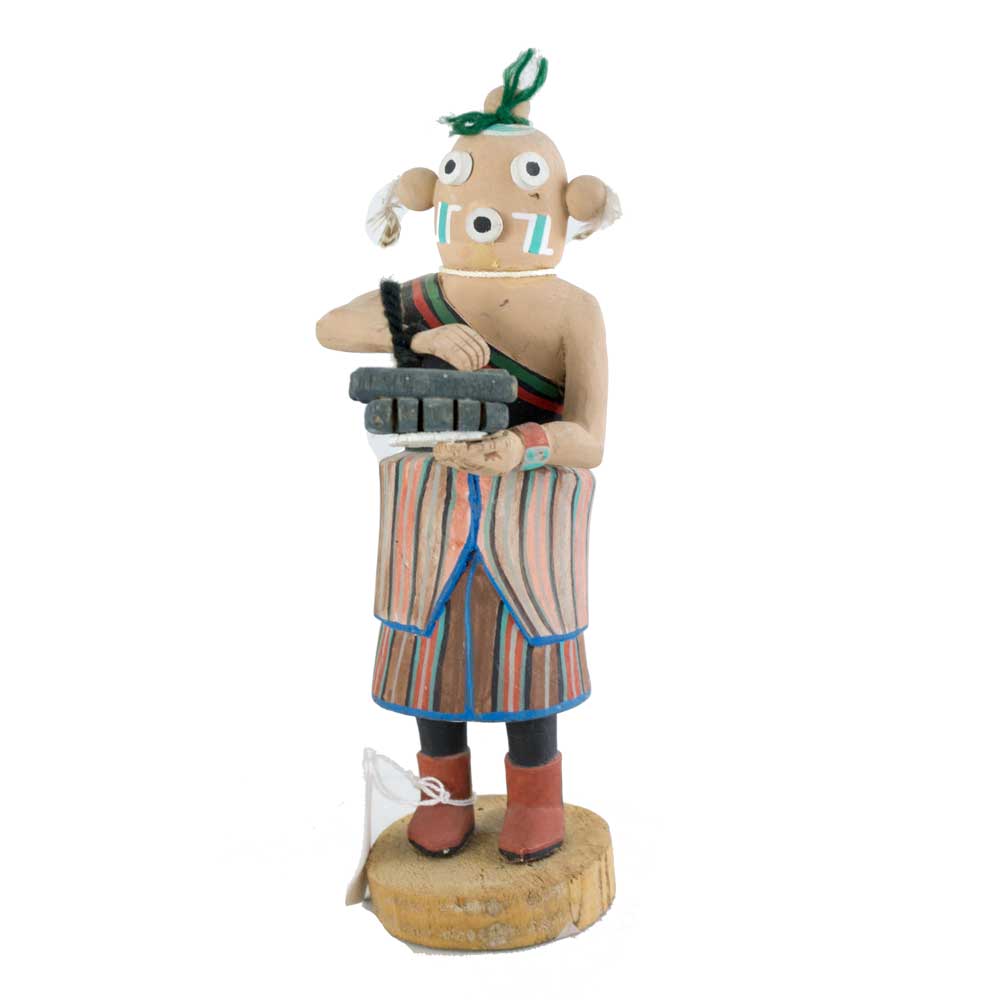 The Koyemsi, or Mudhead Kachina, is a clown who may be seen in most Hopi ceremonies. Mudhead Kachinas drum, dance, play games with the audience, and may act as announcers for events. They often give prizes or rewards for the races and guessing games they organize. The term “mudhead” comes from their masks which have mud applied to them.

Most of the time they accompany other kachina; probably the only time when they do not appear with other personages is during the Night Dances. Koyemsi are usually the ones that play games with the audience to the accompaniment of rollicking tunes. These games are generally guessing games or simple attempts to balance objects of performances of some common act and the rewards are prizes of food or clothing.

They may appear as a chorus, and on First Mesa and possibly other villages their songs are in Zuni. During the rests in a dance, they may engage in games with the boys and girls in the audience. At other times, only a single Mudhead may appear as a drummer for a group. Should a dancer not have the proper mask or be late in arriving, he can easily become a Mudhead by donning that mask. These kachinas appear in almost every Hopi dance.