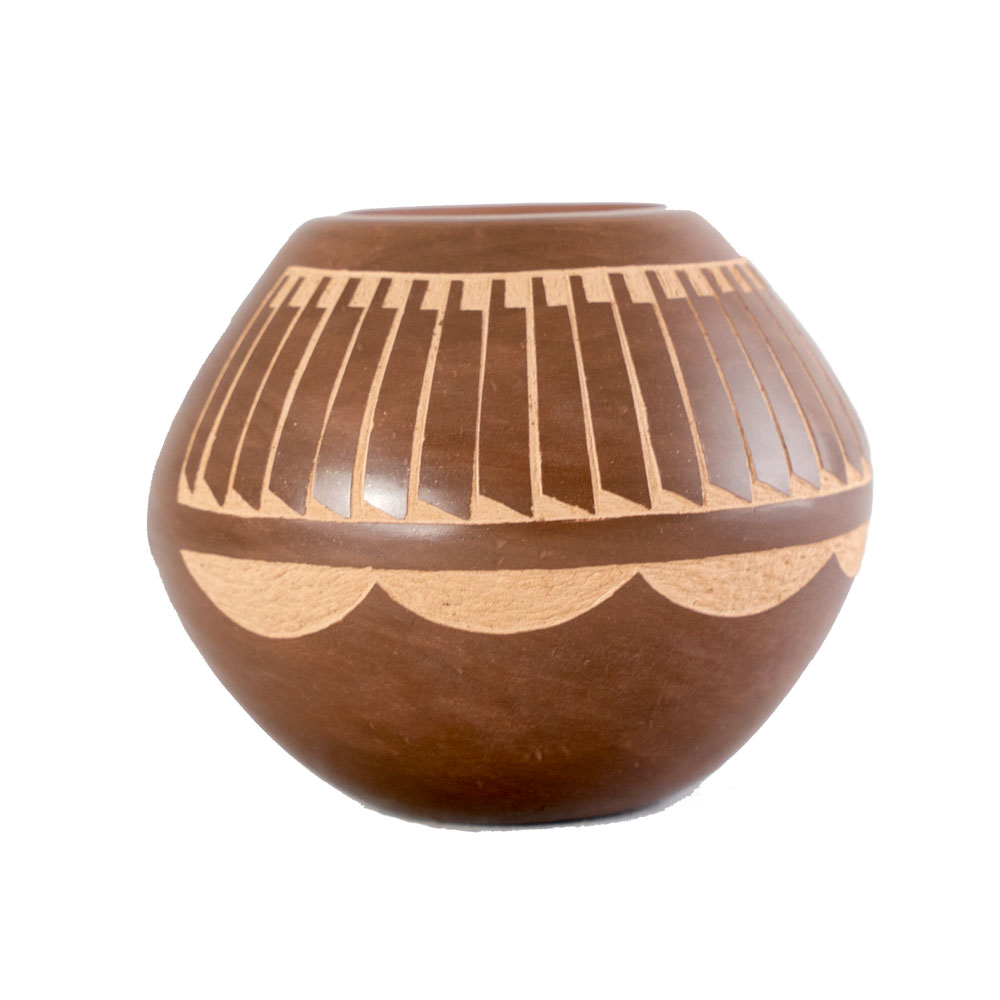 Jemez pueblo lies west of the Rio Grande on Jemez River. Like other neighboring pueblos, their tradition traces their ancestry back to the Four-Corners prehistoric Anasazi people. Anthropologists say that the Jemez people abandoned the making of pottery sometime after the Spanish conquest, buying their utilitarian ware from neighbors.

Seeing their neighbors making money by selling pottery to the tourists, the Jemez people made a half-hearted attempt to revive the pottery craft during the 1920s and ’30s. During this period, they turned out ware that was low fired, and then painted with many colors of poster paint—they were different, but certainly gaudy, to say the least. As late as the early 1970s, their work was a far cry from the artistry of the Hopis and Tewas of Santo Domingo and San Ildefonso.

The Jemez speak the Towa language, and by this anthropologists can trace some of their lineage to prehistoric times. Some of the present-day Jemez families can trace their heritage back to the pueblo of Pecos, a ruined Towa pueblo a few miles east of Santa Fe. Several potters went back to their ancestral home, so the story goes, and picked up and copied pottery shards found at the ruins and museums. And, if there is a tradition, this is it. Realistically, their tradition has mostly come from observing work by other neighbors.

Through trial and error, and through help from friends, and neighbors, the Jemez finally established a higher level of output, but this did not occur until the middle to late 1980s. Since pottery making has been reestablished at Jemez, they have produced some fine potters, who are using traditional methods of coiling and firing. They have also been able to bring some modern concepts, such as incised designs and melon style ribs and swirls. Their work is now quality, and because of their lack of historic icons, their prices are very reasonable.