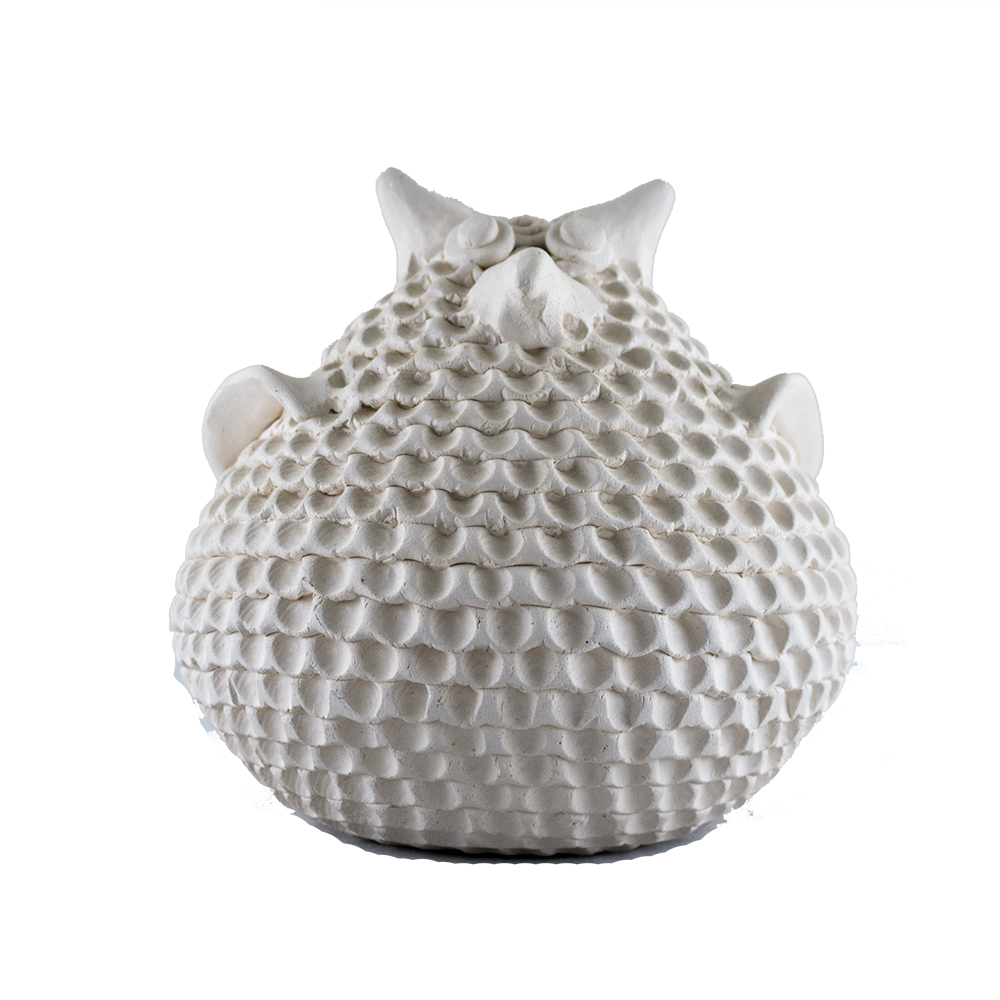 Jackie Shutiva (Histia) is an Acoma potter of the Sun and Yellow Corn Child Clans. Jackie was taught traditional pottery creation by her mother Stella Shutiva at the age of 19. She specializes in hand coiled, traditional and contemporary, corrugated pottery reminiscent of the prehistoric pottery created in the Southwest by the Anasazi and Hohokum cultures. On occasion Jackie also hand crafts clay corn symbols in her clay to denote her clan origins.

Jackie, being the consummate artist that she is, has been creating pottery utilizing new shapes and motifs.

Jackie is featured in Dr. Gregory Schaaf’s “Southern Pueblo Pottery: 2000 Artist Biographies”, Trimble’s “Talking With The Clay”, and “Southwestern Pottery: Anasazi to Zuni” by Hayes and Blom. Her work is extraordinary and usually only seen at Santa Fe’s high-end galleries. Jackie, and her brother Wilfred Garcia, Jr., seem to be the masters when it comes to this white ware medium.