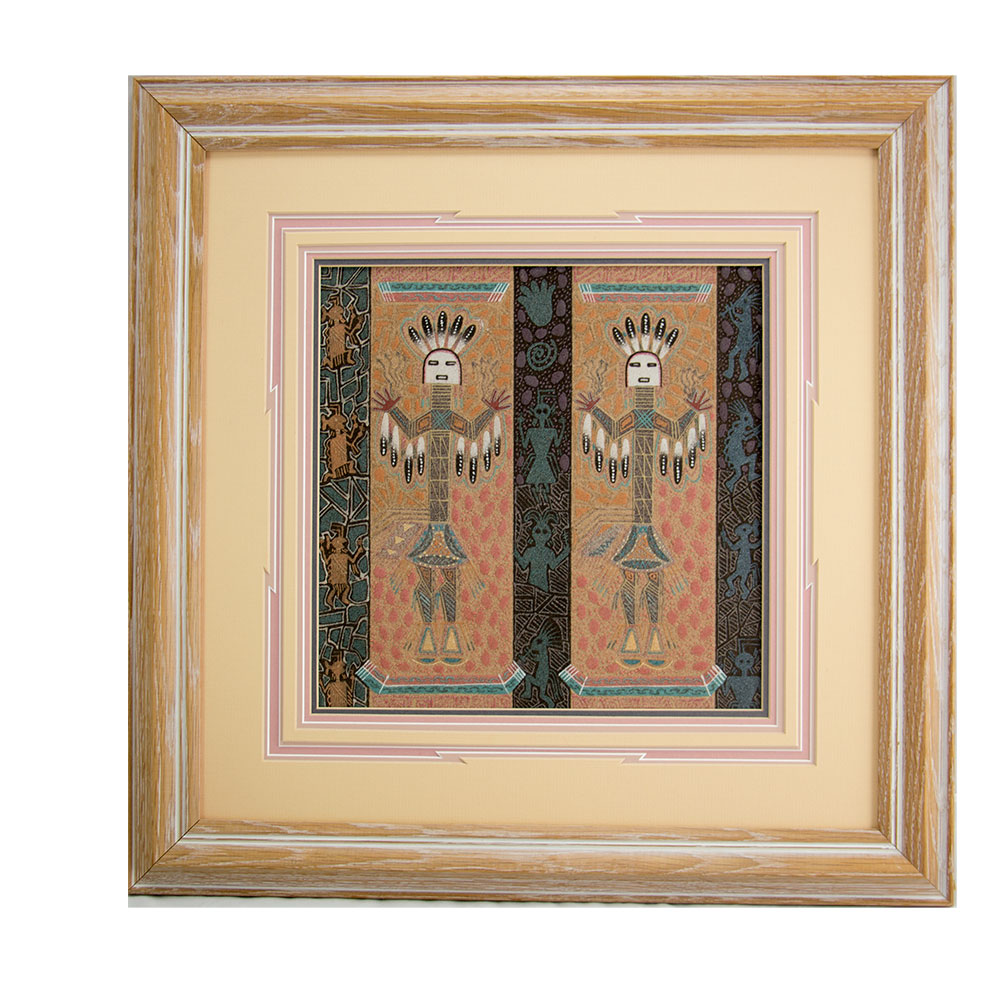 Navajo people believe the universe to be delicately balanced. Only man can upset it, causing disaster and/or illness. When this happens, a medicine man must be called in to restore the natural balance. Balance is restored in the universe by healing the offender with chants, herbs, prayers, songs and sand paintings.

In this Navajo legend, the third world is called the Yellow World and was home to six mountains, where the holy people lived. These holy people were immortal and traveled by following rainbows. There was the Talking God, Black God, Water Sprinkler and House God.

In the this world First Woman gave birth to a set of twins, who were neither male nor female. Four days later, a second set of twins were born, a male and female and after 20 days, five pairs of twins had been born.

The mountain gods each took a set of twins, teaching them how to pray and wear masks before returning them to their parents. Over the next eight winters, the twins found mates and brought many people into being.