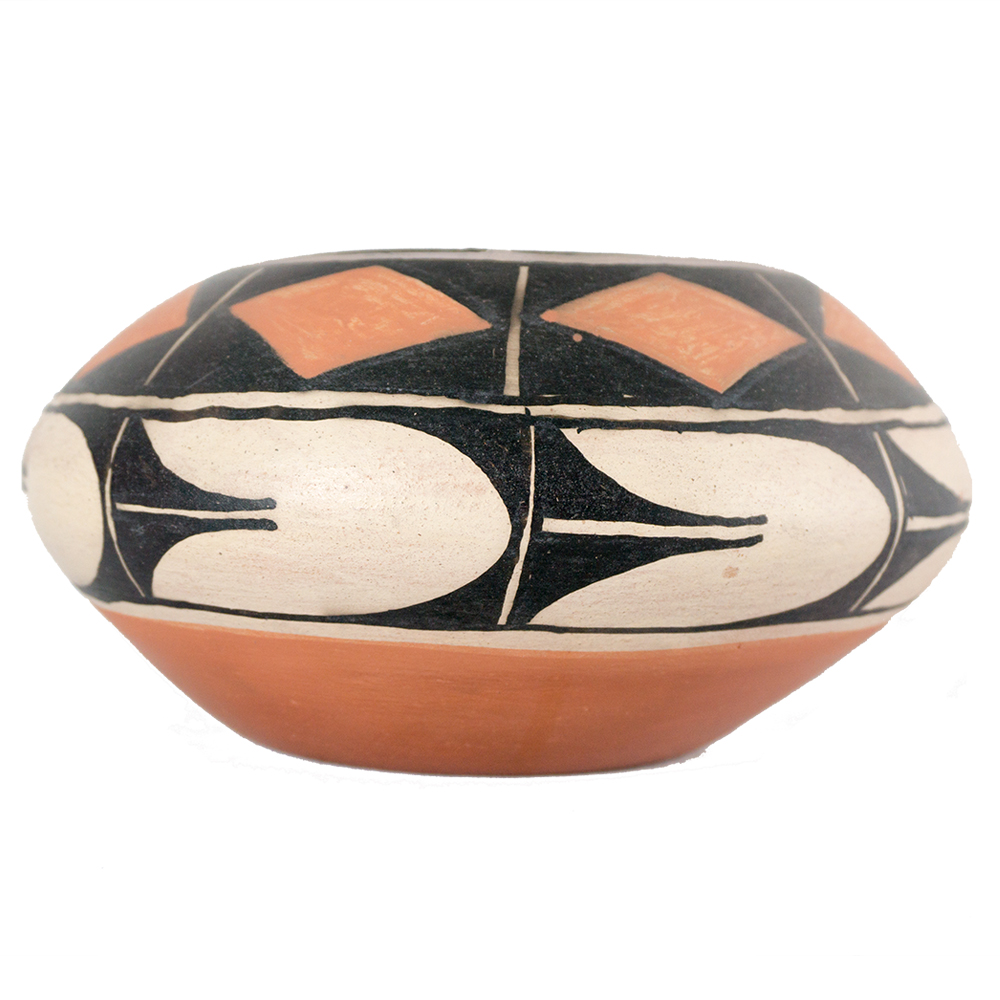 Hilda Tenorio Coriz (d. 2007) was an active Santo Domingo potter from 1968 until her death in 2007. She worked with traditional polychrome jars, bowls, canteens, ornaments and miniatures. Hilda collaborated with her husband, Arthur, until his passing in 1998. She was the sister of Paulita Pacheco and Robert Tenorio (who also taught her the way of creating traditional pottery), and the mother of potter Ione Coriz.

Hilda created her pottery in the traditional way. These pots were made with hand dug clay that was coiled and stone burnished by hand. The slips are natural clay and cooked down wild spinach that were applied using yucca brushes. The pots were then pit fired outdoors and bear some small smoke plumes which often typify traditionally fired pottery. Both of these pots are certified as authentic Native American art.