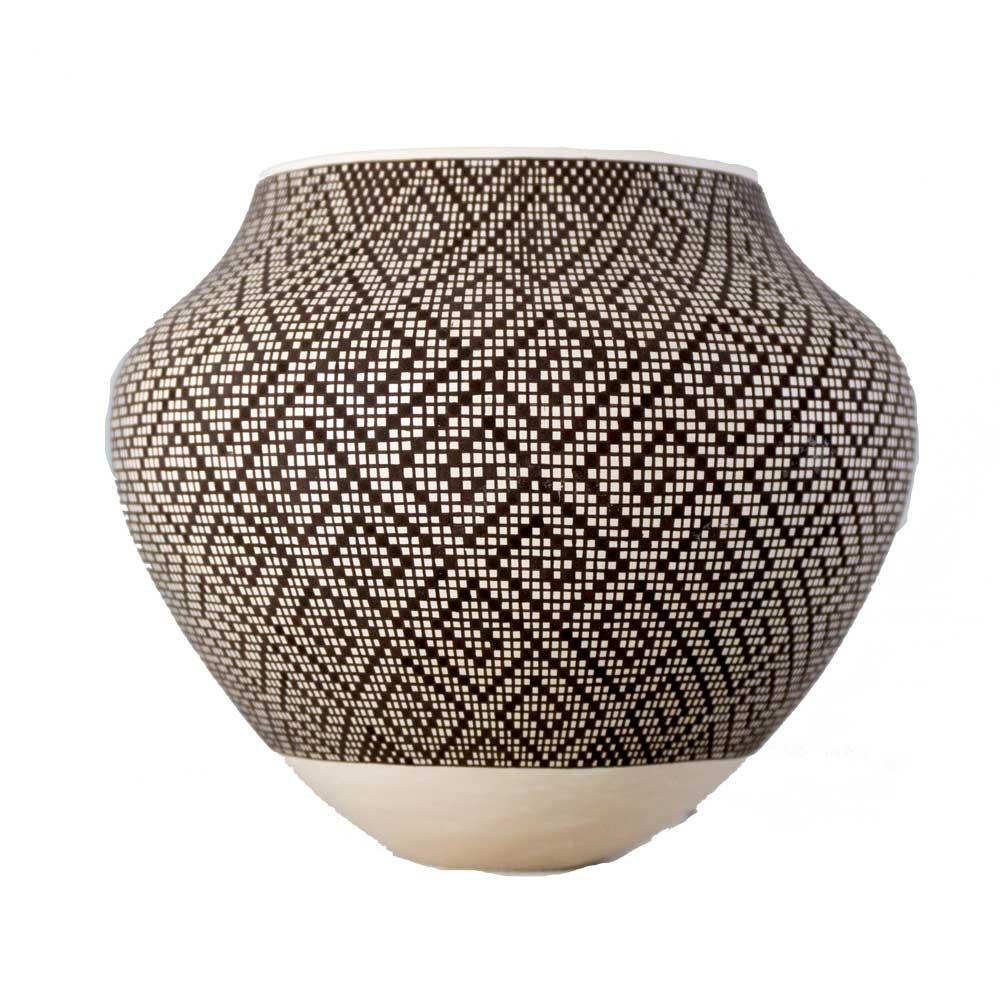 Frederica Antonio is a Native American Indian Pottery artist who was born into the Pueblo of Acoma in 1968. At age 17, she was inspired to build pottery, and learned from her now mother-in-law, Mildred Antonio (also an excellent pottery artist & painter). Frederica Antonio is known very well-built hand-coiled thin-walled pottery with EXCEEDINGLY complicated & intricate painted designs. This Acoma Pueblo pottery artist’s work has such a high level of refinement that she has been recognized with awards for her pottery art at every major show. Frederica V. Antonio’s painted geometric pottery designs are so intricate, that they lead to numerous “How is that possible??” questions every day in our gallery!! While it only takes a couple of days to make the pots (a feat in my mind), painting the patterns can take weeks (they are SO impressive, that I am surprised they don’t take months!). The clays used in her pottery are all hand-gathered in the hills at Acoma Pueblo by Frederica and her family. The paints Antonio uses are also entirely made from natural materials, which she gathers with her husband.

Frederica Antonio’s current pottery work is especially significant, considering her comeback from a serious physical issue. During 2005 and 2006, the potter was experiencing vision problems. Frederica later went to a doctor, and it was revealed that she had a brain tumor that was blocking her optic nerve. Following surgery to remove the tumor, Frederica Antonio started painting her exceptionally beautiful pottery again. She is grateful to have her vision, and she is happy to be creating and painting her AMAZING Acoma Pueblo Pottery.