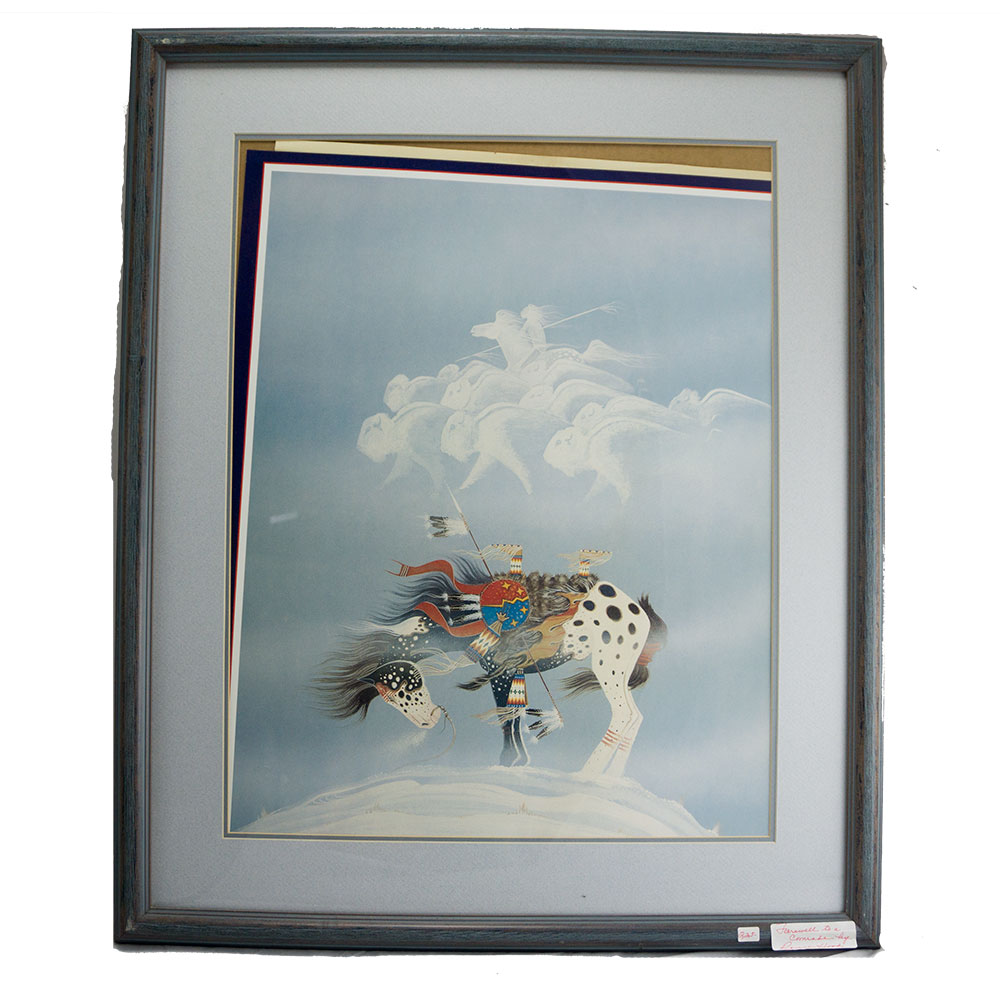 Farewell To A Conrad Print by Rance Hood

Artist: Rance Hood
Dimensions: 27 x 35″
Print has come out of place in frame. The back of the frame can be removed to reposition print.

Rance Hood is one of the few Native American artists left who still paints in the manner which echoes the traditional Indian culture and spirituality of the past that has been drastically changed by the modern and white worlds. Hood grew up in the home of his maternal grandparents who taught him Comanche Indian ways and values. Hood has introduced some abstract motifs into his backgrounds, but he adheres mainly to the traditional style of art practiced by his ancestors. Today, thirty years beyond his original success as a major Indian artist in the 1960’s, RANCE HOOD is still considered the most successful Plains Indian artist. There is a storm center or animating force which charges Hood’s art with vitality. Hood’s storm center is his expression of his ancient tribal heritage, his visionary spiritual life, and a practicing mysticism. His themes are mystical, spiritual, developing his work through the customs and religious practices which were passed down to him. Coexisting with Hood’s control of the painting process is a mysticism that also distinguishes his work.