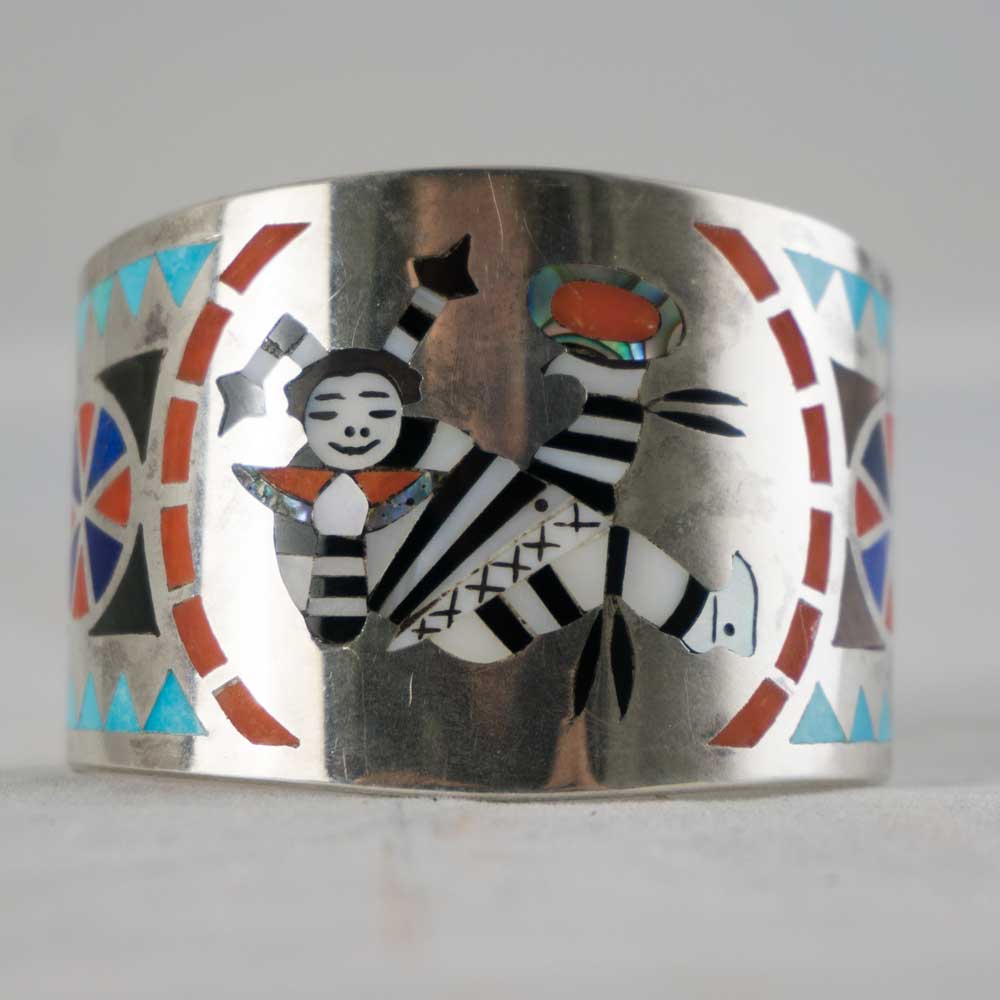 Dennis and Nancy Edaakie started making jewelry in 1965 and have become known for finely detailed bird imagery on pieces made in the overlay inlay technique. Dennis’s father, Merle Edaakie, did stonework for trader C. G. Wallace.

In 1970, at the urging of traders Ruth and Leon Ingram, Dennis and Nancy first produced inlay jewelry bearing images of birds. Overlay inlay is similar to Hopi overlay. In both methods, one piece of silver with a cut-out pattern is overlaid on another piece of the same size and shape. In the Hopi technique the bottom layer is darkened so that the cut-out areas contrast with the polished silver of the top layer. In the Zuni overlay inlay technique, mosaic stonework fills the blanks, forming a brilliantly colored counterpoint to the monochromatic silver. Beginning in the late 1970s, Dennis and Nancy further innovated on the overlay technique through the use of gold, as opposed to silver.

Dennis has been given credit for development of the spinner pendant, another design he developed at the urging of the Ingrams. This form of pendant can be reversed while remaining on the wearer’s neck. Dennis first produced flat spinner pendants, but he now also makes a domed version.

Nancy started out doing some of the inlay details on Dennis’s work and now does all of the inlay. Dennis has always done the silverwork on their pieces. They originally used a parrot beak stamp as their hallmark, since Dennis is of the parrot clan. Later, they used DENNIS E., and, subsequent to that, DENNIS AND NANCY EDAAKIE. Dennis and Nancy Edaakie’s sons, Myron, Sanford, Derrick and Dale, also make overlay inlay jewelry.