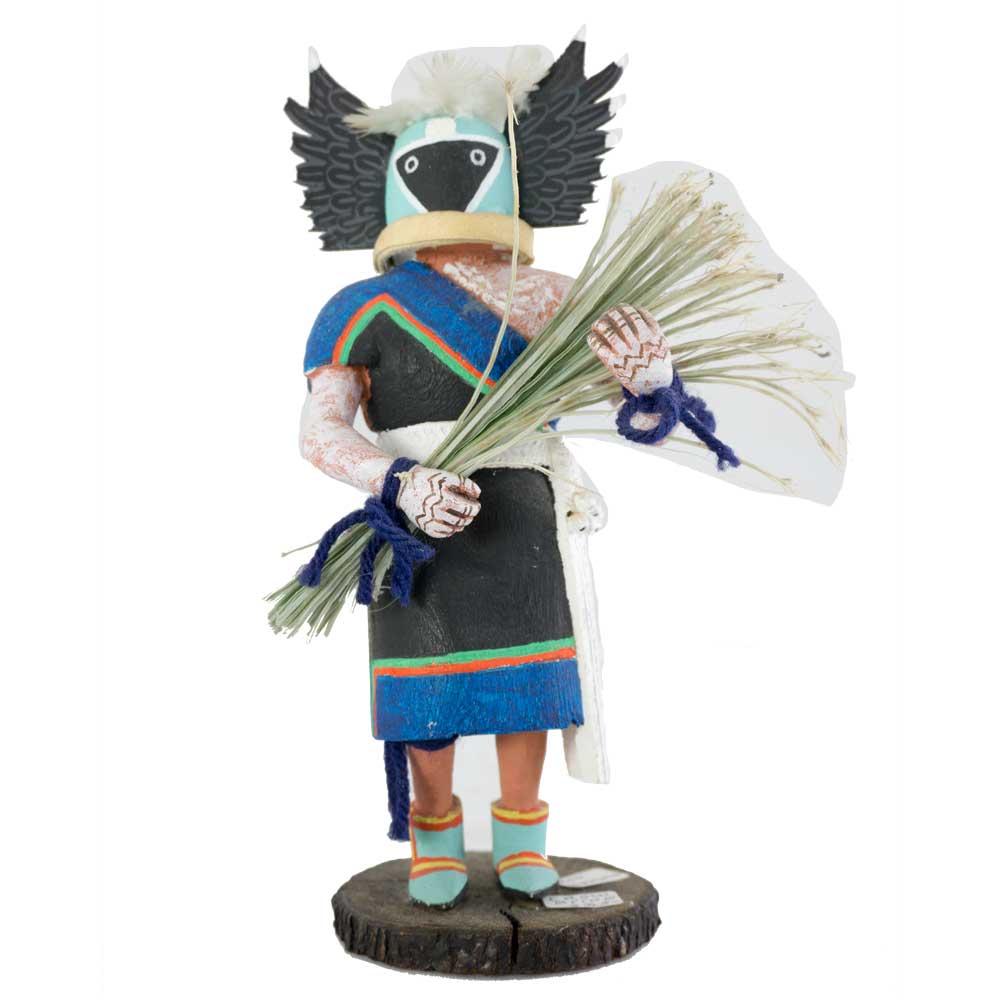 Angwusnasomtaka is a figure of great dignity. She appears on all three mesas, usually in connection with the initiation of the children, although she also appears on other occasions. At the initiation rites she descends into the kiva bearing a large number of yucca blades bound together at the base.

She takes a position at one corner of the large sand painting on the floor of the kiva, with one of her “sons” on either side of her. As the candidate is brought to the sand painting she hands a whip to one of the Hu Kachinas who gives the child four healthy strokes with the yucca blade. When the yucca becomes worn it is handed back to the Crow Mother who then supplies a new one. When the initiatory whipping is over, she raises her skirts and receives the same treatment accorded the children. They are then given prayer feathers and meal and leave the kiva. On some mesas she is referred to as Angwushahai-i because she talks, thus confusing her with the Crow Bride.