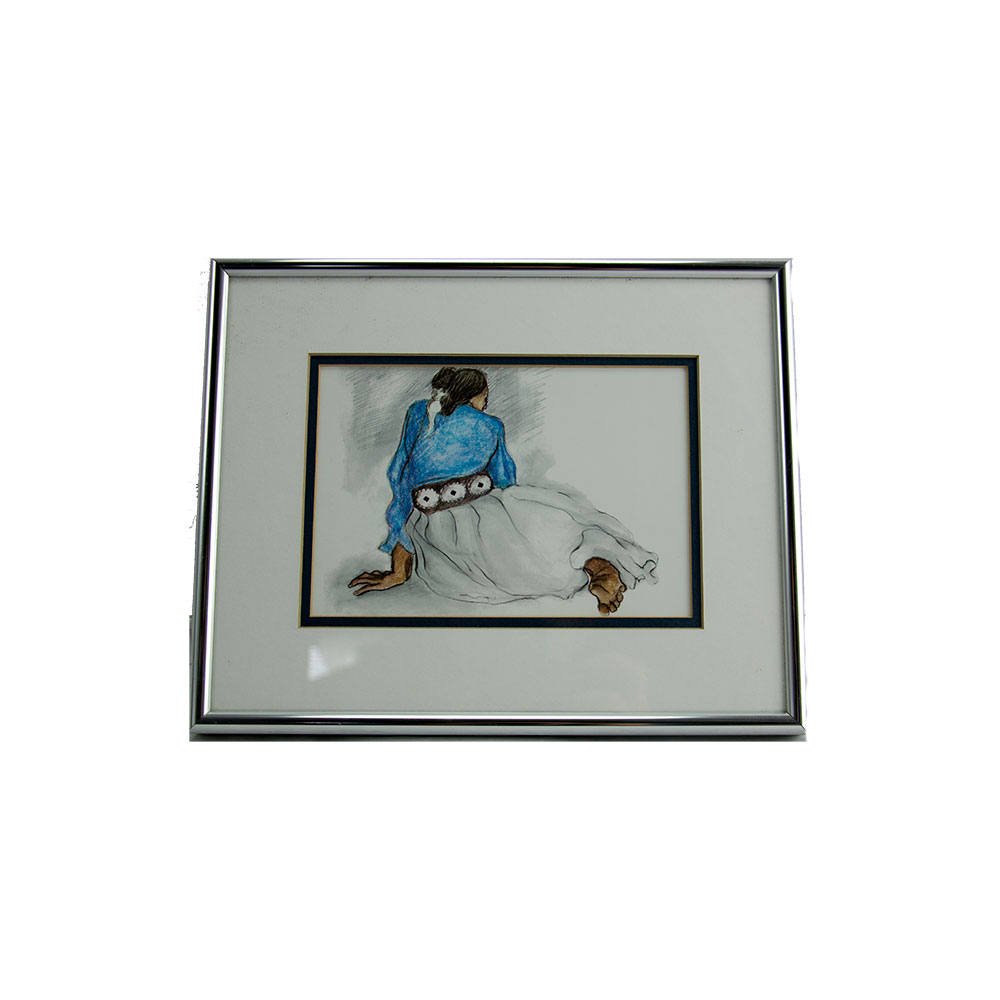 Referred to as “the Picasso of American Indian art” by the New York Times, his paintings are primarily of Native American women and characterized by fluid forms and vibrant colors, though he also worked in sculpture, ceramics, and stone lithography.
Extended Description

About R.C. Gorman
Born in Chinle, Arizona on the Navajo Reservation in 1933, R.C. Gorman has firmly established himself as one of the leading artists residing in the Southwest. Full-blooded Navajo Indian by birth, he is descended from a long line of artists including sandpainters, weavers and silversmiths.

Gorman was drawn to art at an early age and his promise and dedication were rewarded with a Navajo Tribal scholarship to study at Mexico City College. While in Mexico, Gorman discovered the direction of his own artistic vision as well as mastering the medium of lithography.

In 1973, he was the only living artist whose work was shown in the “Masterworks of the American Indian” show held at Metropolitan Museum in New York. One of his pieces was selected for the cover of the exhibit’s catalog.

Harvard University recognized him for “notable contributions to American art and Native American culture” in 1986, and Mayor Dianne Feinstein of San Francisco declared March 19 to be “Gorman Day”.

His famous friends and collectors of his work included Elizabeth Taylor, Danny DeVito, Arnold Schwarzenegger, Barry Goldwater, Gregory Peck, Erma Bombeck, Lee Marvin, Jackie Onassis and fellow artist Andy Warhol, who silk-screened a portrait of Gorman that hung in a hall of his home surrounded by photos of Gorman’s celebrity and other personal friends.