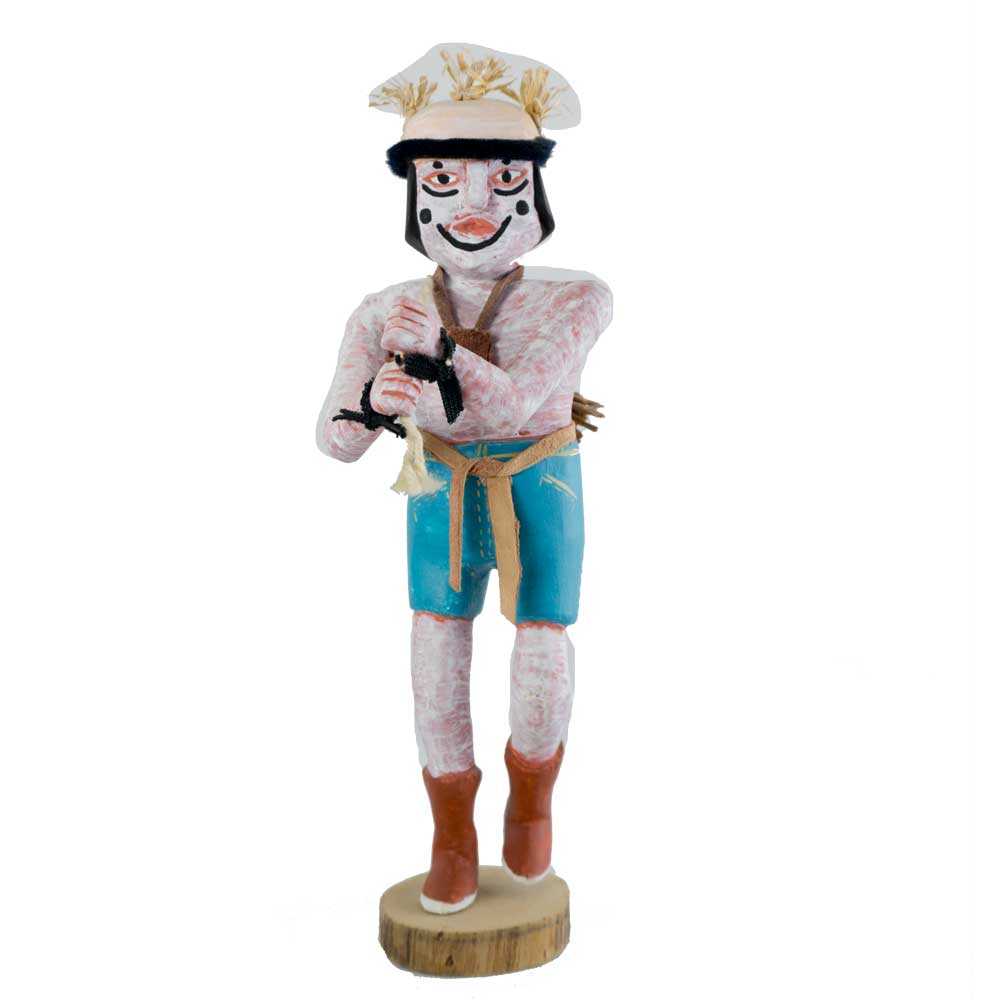 Koshari, Koyala, Hano, or Tewa are the names of a clown that is often seen on the Hopi Mesas. Clown Kachinas provide amusement during Kachina ceremonies. Often shown with watermelons, they behave in the usual manner of pueblo clowns, engaging in loud and boisterous conversation, immoderate actions, and gluttony. They are often drummers for dances.

In the Hopi tradition, the Sacred Clown Kachina frequently disrupts and makes a holy mess out of some of the most vital and fundamental rituals.  The clown satirizes Hopi life by acting out and exaggerating improper behavior. Many times the actions of the clowns are meant to portray a lesson on behavior apparent in a tribal member. Their purpose is to show how overdoing anything is bad not only for the individual but for the people as a whole as well.

Koshari plays tricks, acts out absurd pantomimes, or cleverly mimics spectators. Like the more serious Kachinas, but in a humorous way, the clown helps maintain community harmony by reminding the people of acceptable standards of behavior within the Hopi community.