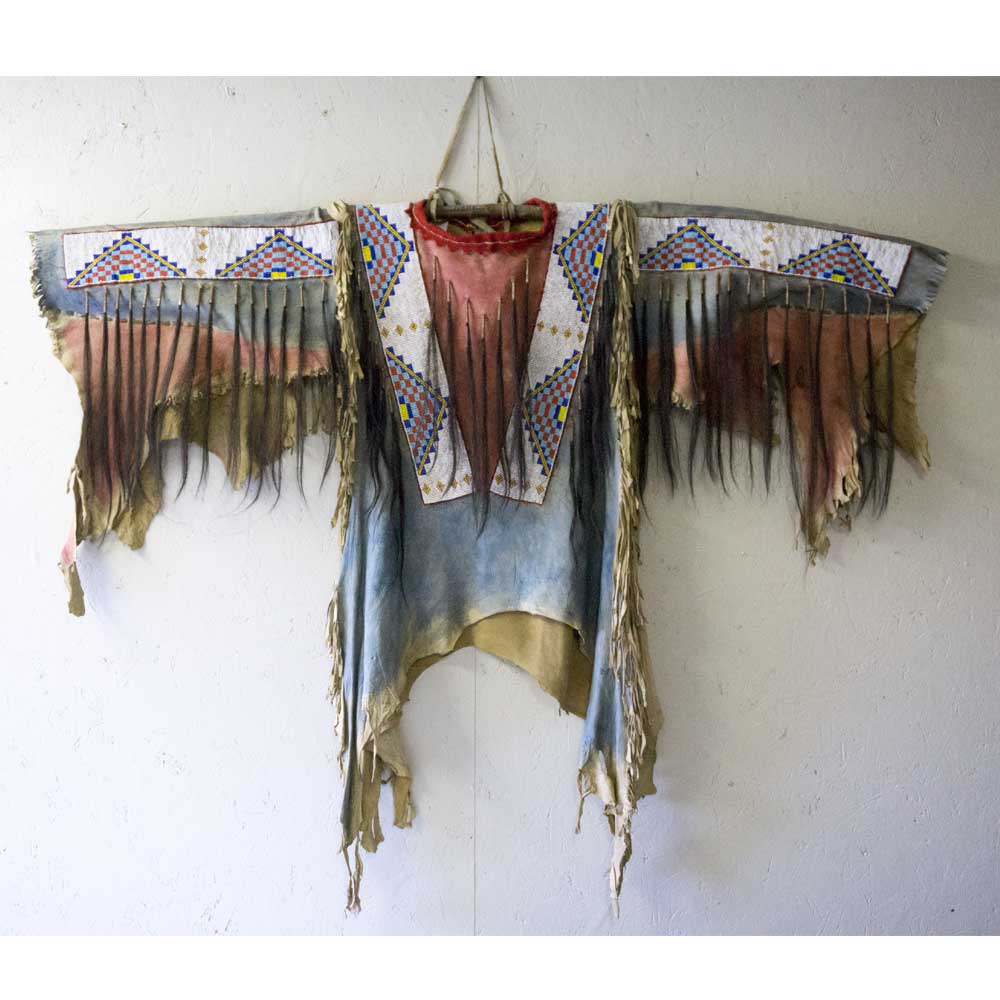 The War Shirt / Shirt Wearers Shirt / Scalp Shirt / Ceremonial Shirt
The original shirt wearers earned the right to wear War Shirts through great acts of bravery and deeds that were incorporated into the designs. Over a warriors lifetime, he would probably have owned more than one shirt. Some War Shirts were also thought to possess intrinsic spiritual powers which were transferred to the wearer. Buffalo hide was too thick to use, so the maker used Elk or deerskins. However, the ideal hides came from mountain sheep that roamed the Rocky Mountains to the Missouri River and beyond. After the shirt was made, it could be decorated in many ways. Four strips of quill work or beadwork could be attached extending over the shoulders and hanging midway down the back, the other two strips attached to the sleeves next to the shoulder strips. Neck tabs or facings on back and front of the shirt were also seen on Plains IndianWar Shirts. Some tribes used square-shapes while others used pointed tabs or other shapes. Rosettes are often found on the early shirts in the middle of the chest and back. Hair from humans or horses often extended from the quilled arm strips and down the outside of the shoulder strips. Shirts with hair have been called scalp shirts, but they were only made with hair locks. Sometimes the same areas were decorated with fringe providing the flowing motion and a luxurious richness to the shirt. A shirt could also be filled with vivid paintwork or pictographic artwork

Early shirts were painted and decorated with quillwork and bigger beads. In the last part of the 19th century, shirts became more colorful with smaller beads and more intricate designs.