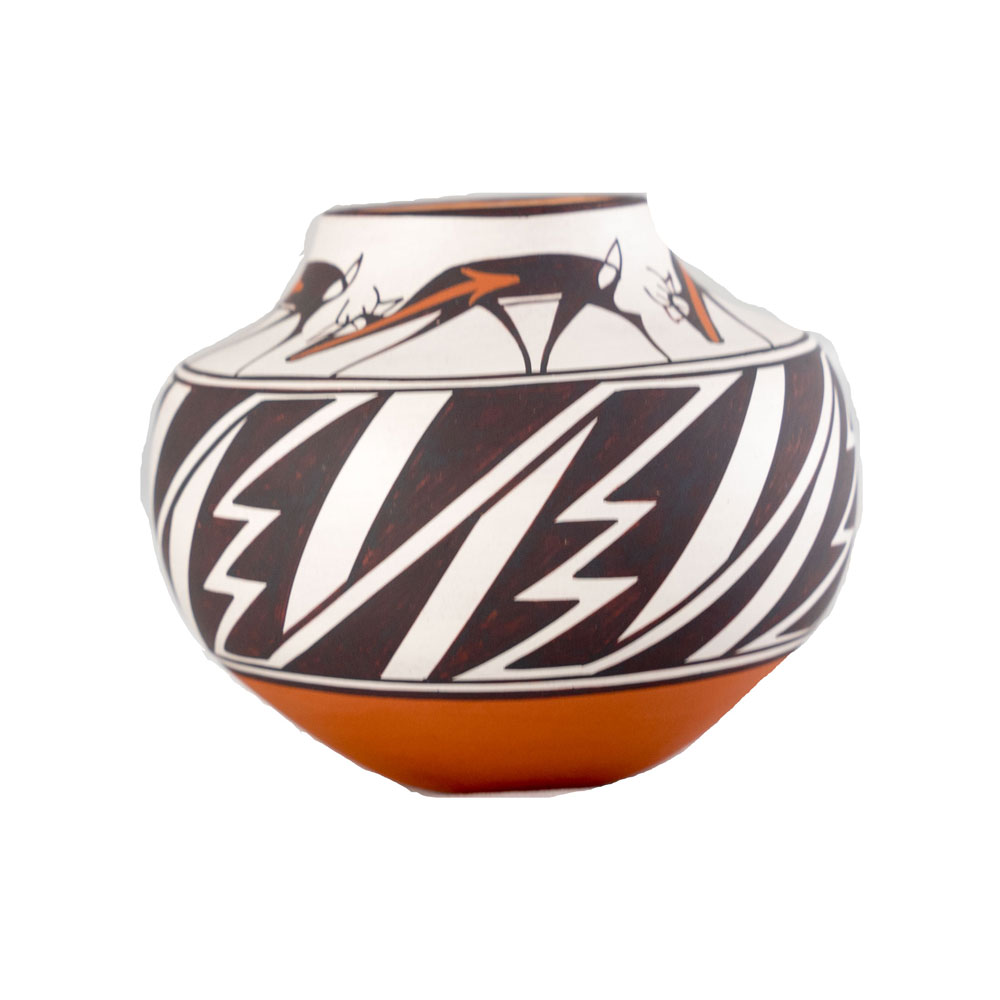 When Anderson collaborates with Avelia, he signs his pottery “AA Peynetsa”. Active making pottery at Zuni since the 1980’s, he is the brother of Agnes Peynetsa and Prescilla Peynetsa, as well as the husband of Avelia Peynetsa.

Since the mid 1980’s Anderson has exhibited his work at the Santa Fe Indian Market and later at the Zuni Show at the Museum of Northern Arizona in Flagstaff as well as at the Heard Museum Show and the Eight Northern Indian Pueblos Show. This artist’s favorite designs are rainbirds, frogs, lizards, deer with heartlines, rosetts, water serpents and salanders.

“Today, Anderson is among the best contemporary Zuni pottery painters. he is noted for his “precise, flowing lines”. He also is an excellent sculptor, applying relief figures as noted onto some of his pottery. His lizard figures seem to walk out of the surface of his pots, reminiscent of European master M.C. Escher. Anderson displays a bold and flowering style. His pottery is often quite innovative.”   taken from Gregory Schaaf’s Southern Pueblo Pottery 2,000 Artist Biographies