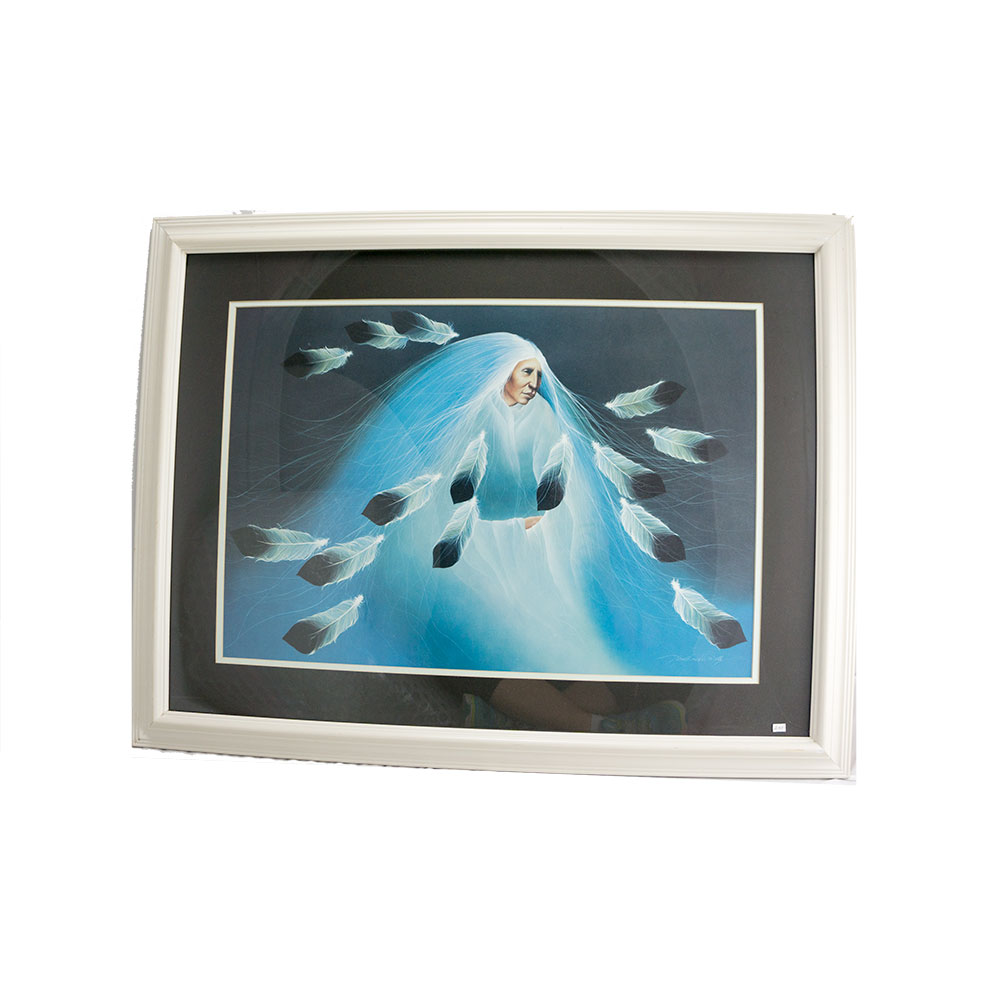 Born in 1937 in Sioux City, Iowa, the late Frank Howell spent his early childhood drawing sketches of the people and places around him. As an adult, his lyrical, artistic interpretations of faces and landscapes employed a visual representation of the wind as it sweeps across time: past, present and future. He viewed his images as universal symbols… a kind of visual mythology that reaches out and spiritually awakens the observer. Perhaps influenced by his Lakota Sioux ancestry, much of Frank’s work reflected a love and respect for the Native American cultures.