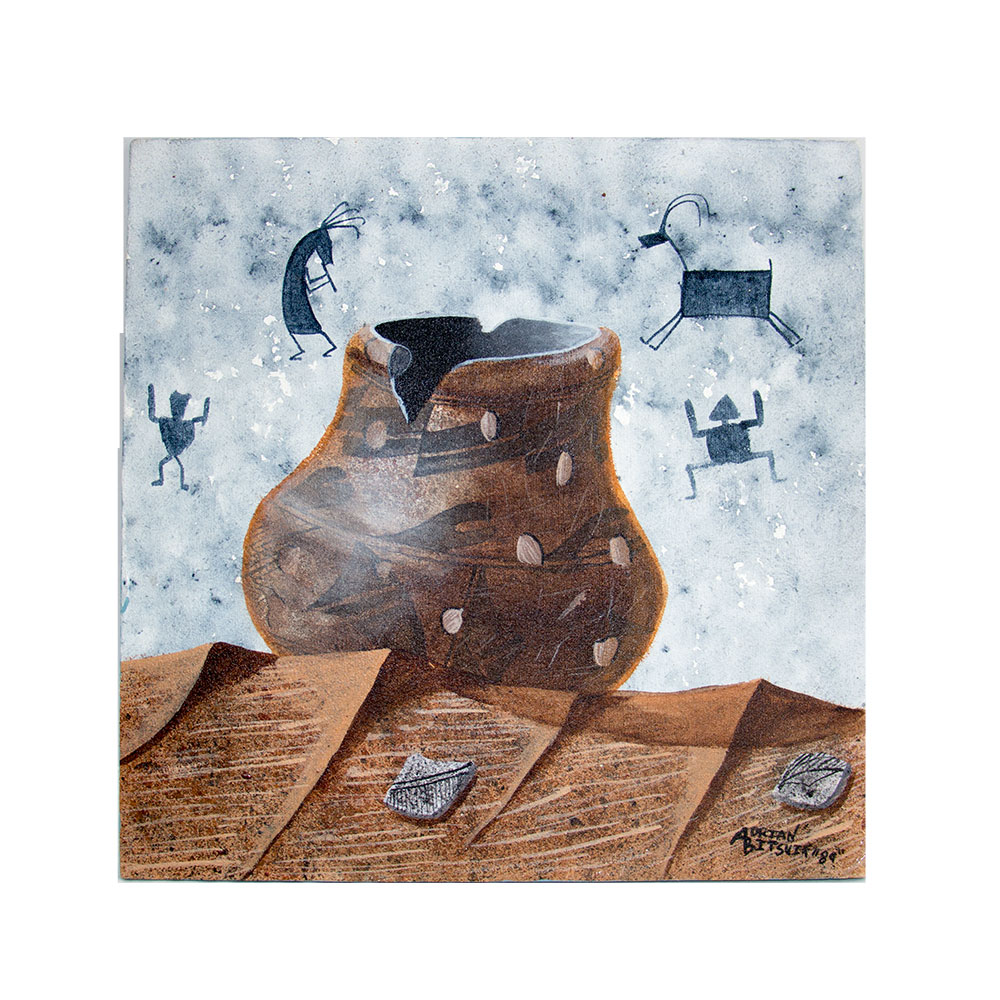 The Anasazi seem to have developed from an earlier culture, the Oshara, an archaic culture of small nomadic bands who lived in the more mountainous parts of the territory. The introduction of pottery, probably from the south, signals the beginnings of the culture we call Anasazi. The people grew corn and beans, and were also hunters and gatherers. Villages consisted of small pithouse or pueblo groupings, and usually had a large ceremonial structure known as a kiva. A variety of burial practices were used, most often bodies were flexed in shallow pit-graves in the refuse heaps surrounding the villages.

The Anasazi, like the Mogollon lived in pithouses arranged in groups around a larger ceremonial room called a kiva. The kiva may have served some religious function, but more likely its initial function was as a council chamber, where the elders of a settlement could discuss issues relevant to their survival. The pithouses were constructed of jacal, a type of wattle-and-daub construction. In some areas, surface structures were made of masonry, then surrounded by additional surface dwellings of wattle-and -daub. These groupings would lead ultimately to the modern pueblo.

Anasazi pottery tends to be constructed of white or gray clay, and is constructed using the coiling-and-scraping technique. Early on, these were often decorated with black geometric designs, but later on polychrome types are developed, some of which would be ancestral to historic Hopi pottery.